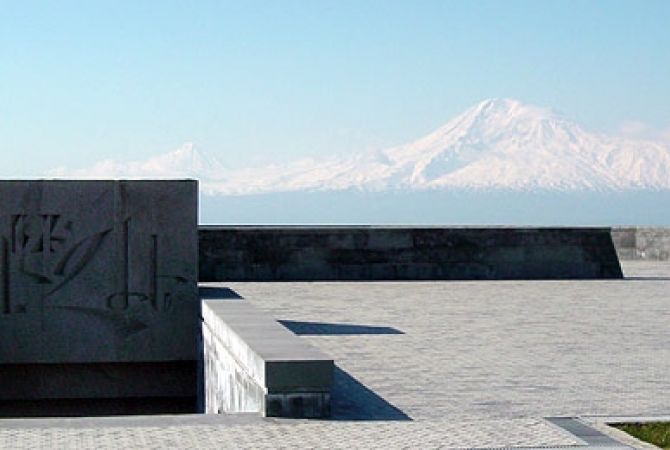 
YEREVAN, JULY 29, ARMENPRESS. The book “In the Land of Blood and Tears” by Swiss missionary Jakob Künzler became the July book of the month at the Armenian Genocide Museum-Institute, which is a book based on primary facts describing the  events taking place in Urfa during the World War I. As “Armenpress” was informed from the website of the museum, the author is the witness of the events described in the book, which makes the memoirs more valuable for studying the episodes of the Armenian Genocide.

Arriving in Urfa in 1899 Jakob Küntzler started working at the hospital of “German Mission in the East” organization as an assistant to Swiss Doctor Hermann Christi. During the World War I he was the only one who was able to provide medical assistance to the people of Urfa and the neighboring settlements.

Jakob Küntzler and his wife Elizabeth succeeded in saving many Armenians from imminent death.

The book is designed primarily for historians, researchers in Oriental Studies, as well as for wide circle of readers.

After the war Jakob Künzler left for Switzerland together with his family. However, after a short time he returned to Urfa to continue his unfinished work. Soon Künzler began to collaborate with the Near East Relief (NER). When in 1922 NER decided to remove the Armenian orphans from Turkey to other countries Jakop Künzler had active participation in this work and until September of the same year he transported more than 8000 Armenian orphans to Syria and Lebanon.

Remaining in Ghazir village the Künzlers assumed the management of the NER Orphanage. Until his death, January 15, 1949, Jakob Künzler stayed in Lebanon supporting thousands of Armenians in need.