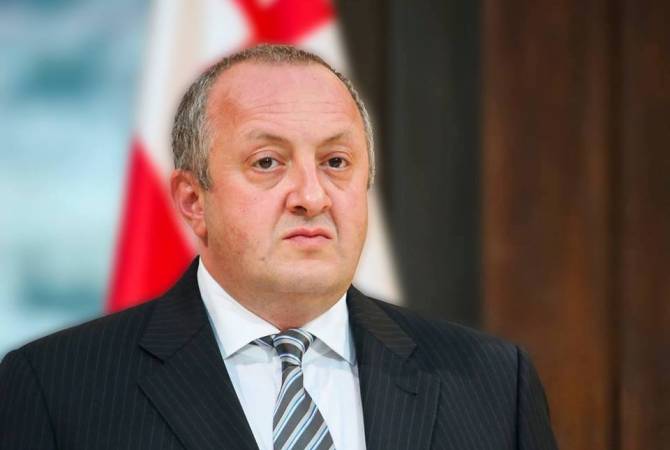 
YEREVAN, FEBRUARY 26, ARMENPRESS. In a meeting with Azerbaijanis in the Georgian city Marneuli, President of Georgia Giorgi Margvelashvili did not yield to the provocation of one of the participant young men, who asked the President to honor the memory of the victims of the so-called “Khojaly events” with a minute of silence.

ARMENPRESS reports Azerbaijani media outlets note that the ceremony of the one-minute silence did not take place, instead Margvelashvili noted that he follows Nagorno Karabakh conflict settlement process.

“Georgia is against the escalation of Nagorno Karabakh conflict”, he said.