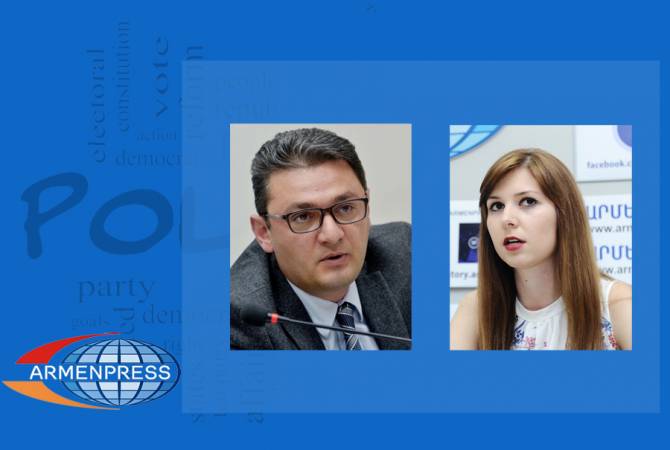 
YEREVAN, JANUARY 30, ARMENPRESS. Germany is a major player in the European Union, a key driving force of domestic and foreign policy jointly with France. From this perspective Germany has a strategic significance for Armenia, Political scientist Narek Galstyan told Armenpress, adding that the next important factor is Germany’s eastern policy.

“There is one peculiarity here. Compared to some EU states, countries, Germany has not tried to play an active role in the political life. It is mainly interested in the economic factors. If we want to assess Germany’s significance for us, we need to understand what Germany is expecting from the Eastern Partnership countries, and what we can offer. Germany is important for us because it has rich economic potential which we haven’t managed to use completely”, Narek Galstyan said.

The political scientist said Germany has always been a very active economic partner for Armenia, is in the 1st place among the EU states. Galstyan is confident that the two countries can actively develop the cooperation in several sectors.

“For us the cooperation in the IT sector will be beneficial, which is a priority for the German companies. The decentralized cooperation is also important, the potential of which is not utilized as well. The talk is about the cooperation between Armenia’s provinces and the German Federal lands. The German lands have certain independence in foreign economic matters, therefore we can develop economic directions in this platform, in particular tourism. This is a new direction for us, and there is rich potential here”, the political scientist noted.

Narek Galstyan outlined the cooperation opportunities in science and education. He said although there is small Armenian community in Germany, but it managed to keep the attention to Armenian scientific research. According to him, actions should be taken here as well.

Political scientist Greta Avetisyan in an interview to Armenpress stated that in the recent period, especially after the change of power in Armenia, the Armenia-Germany relations are at an active stage.

“Let’s remember the informal meeting between Pashinyan [Prime Minister of Armenia] and Merkel [German Chancellor] in Brussels. Then, Merkel’s visit to Armenia during which she invited the Armenian PM to Germany. Overall, we can state that the Armenian-German relations are developing quite actively both politically and economically. Germany provides great support to Armenia on the path to democracy especially after the revolution. This was mainly outlined during the elections when Germany provided assistance to Armenia for the organization of election processes. This speaks about the fact that Germany in any case is interested in the ongoing processes in Armenia, is ready to continue and further expand the cooperation”, she said.

Comparing Pashinyan-Merkel previous and upcoming meetings, Greta Avetisyan said if the previous meetings were of more cognitive nature, because after the recent changes in the country there was a need to revise the bilateral agenda, clarify the agreements, the upcoming meeting will mainly focus on concrete actions aimed at expanding the bilateral ties.

The political scientist considered possible the new investments taking into account the anti-corruption fight, improvement of business climate in Armenia.

“Several companies with German capital are operating in Armenia. Given their positive experience and improvement of the business climate in the country the number of such companies can increase in Armenia”, the political scientist noted.

Armenian Prime Minister Nikol Pashinyan will meet with German Chancellor Angela Merkel in Berlin on February 1. The two leaders will exchange views on bilateral and economic relations, as well as foreign and security policy matters.