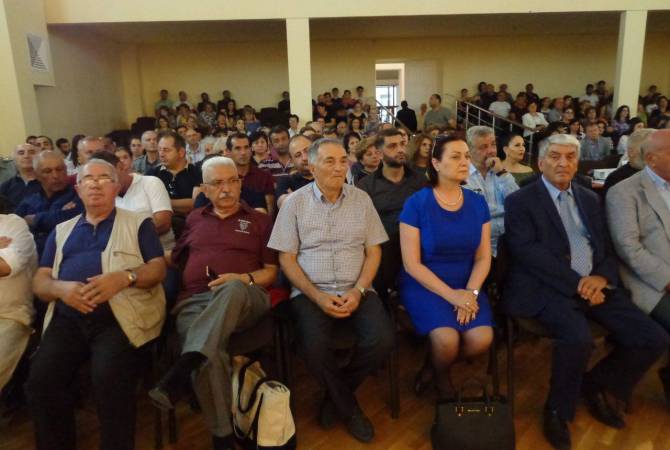 Kotanjian highlighted that the decision by the leadership of Nagorno-Karabakh to time the victory in Shushi to the Victory Day over the German fascism, 9 May, gave a special meaning to this brilliant victory in May 1992.

In his speech at the former Leninakan (Gyumri) Garrison Officers’ House of the Soviet Army, General Hayk Kotanjian, apart from the glorious achievements of the national liberation movement of the Armenian people, emphasized the extremely important role of  the mutual security of Armenia, Russia and Artsakh, the centuries-old Armenian-Russian brotherhood of arms currently secured by the stationing of the 102nd Russian Military Base in Gyumri, and the joint Armenian-Russian provision of border security for the Republic of Armenia.

General Kotanjian concluded his speech by appraising the valuable contribution of the Republic of Armenia along with its brotherly Republic of Artsakh to ensuring peace and security in our highly explosive region via balanced military and military-political cooperation with its key estimable allies and partners – the Russian Federation, the CSTO, as well as the USA, and NATO.