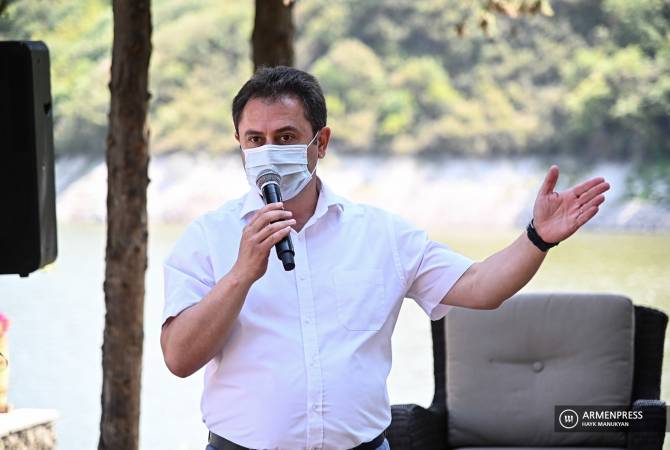 
AYGEPAR, AUGUST 29, ARMENPRESS. Governor of Armenia’s Tavush province Hayk Chobanyan says the ongoing economic investments and initiatives are number one guarantee for the strengthening of the security system in the country.

In his opening remarks at a conference titled “Changing Region, Armenian Priorities: Glance From Border” in Aygepar community, the Tavush Governor said not only the work of a serviceman, but also that of an intellectual, villager and each citizen is highly important for strengthening Tavush and making it secure.

“When there was a talk and discussion on what to do to strengthen Tavush, make it more resilient, we equally, even with a greater energy were talking about the economic development of our region, stating that it is an important component of our security system. We can build houses for the people living in our villages, but in order to live in that houses they need to have a job, income, deal with entrepreneurship so that their generation will choose the fate of living in a bordering village”, he said.