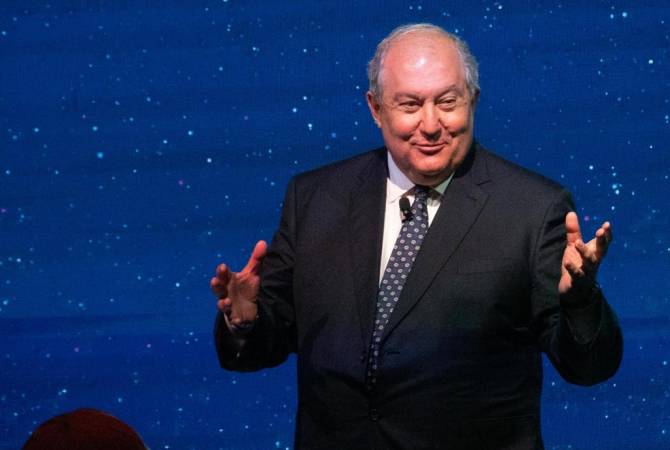 
YEREVAN, OCTOBER 14, ARMENPRESS. President of Armenia Armen Sarkissian participated in an event in Rome dedicated to the 70th anniversary of the foundation of Elettronica Group, a famous Italian company engaged in providing services in the fields of defense, cyber-security.

“Elettronica Group is one of the world’s leading companies providing services in the fields of defense, cyber-security and new technologies. The company uses huge resources for conducting research and development programs and has offices in different parts of the world. During the event Armen Sarkissian delivered welcoming remarks, stating that Armenia is interested in the cooperation with Elettronica Group in areas of cyber-security, mathematics and artificial intelligence. The President said that Armenia has a great development potential in these areas, adding that his dream is to make Armenia one of the best places of artificial intelligence in the world”, the President’s Office said in a statement.

The event was also attended by top officials of Italy, including the foreign minister, the minister of defense, the French economy minister and many others.

13:12, 05.10.2022
2497 views Armenia’s proposals handed over to Azerbaijan in Brussels include also status, security of Artsakh – Ambassador-at-large