Number of detained in illegal riots in Almaty passes 2700 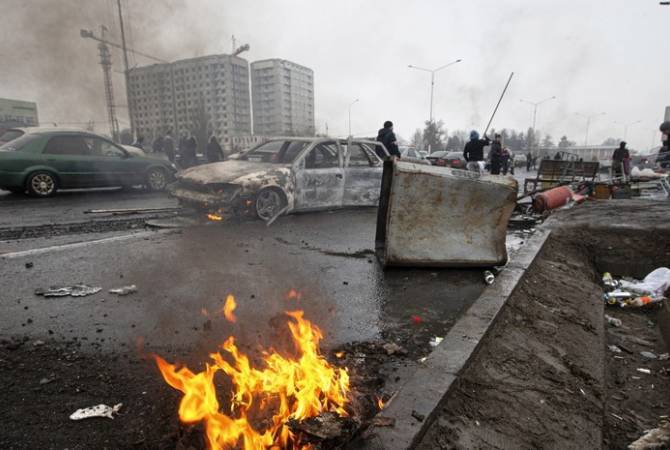 
YEREVAN, JANUARY 18, ARMENPRESS. Since the start of the anti-terrorist operation in Kazakhstan’s largest city of Almaty, law enforcement officers detained 2,748 people for suspected participation in unlawful rallies, looting and other crimes, reports TASS.

On January 17, the overall number of such detainees stood at 2,601.

“A total of 2,748 participants in the illegal protests, looting and other crimes have been detained since the start of the anti-terrorist operation. A total of 131 firearms and 4,171 items of ammunition were seized”, the press service of the Almaty city commandant's office said on Tuesday.

Protests broke out in various Kazakh cities on January 2, escalating into mass riots and attacks against police and military personnel, with government buildings getting ransacked across several cities a few days later. Subsequently, Kazakh President Kassym-Jomart Tokayev turned to the Collective Security Treaty Organization (CSTO) requesting assistance, and as a result, peacekeepers were deployed to Kazakhstan. Law and order, Kazakh authorities affirm, was restored to all of the country’s regions by the morning of January 7.