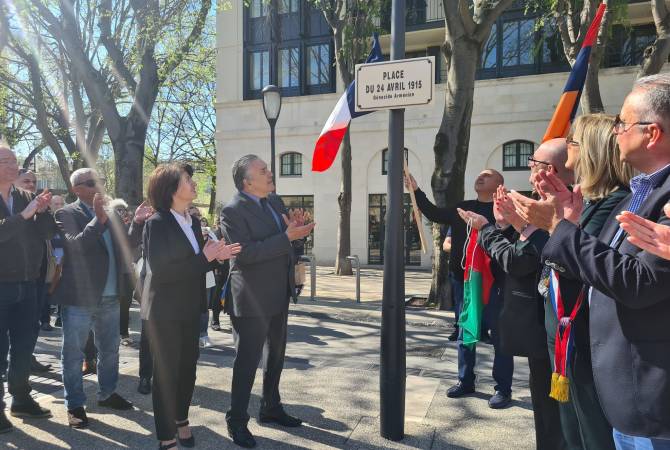 
YEREVAN, APRIL 21, ARMENPRESS. A square and cross-stone in honor of the memory of the Armenian Genocide victims were inaugurated in the central part of the city of Nimes, France.

French lawmaker Françoise Dumas, the Chairperson of the Defense and Armed Forces Committee of the French Parliament, and Consul of Armenia in Marseille Samvel Lalayan were also in attendance.

Ambassador Tolmajyan thanked the Nimes Mayor and the City Hall for approving the naming of the square in honor of the memory of the Armenian Genocide victims and installing the cross-stone. She also thanked Amicale Franco-Armenienne de Nimes et du Gard for the initiative.

Later on the same day the Armenian Ambassador held a meeting with the local Armenian community of Nimes. The Ambassador thanked the community for their donations to the Hayastan All Armenian Fund made during the 2020 war in Artsakh.