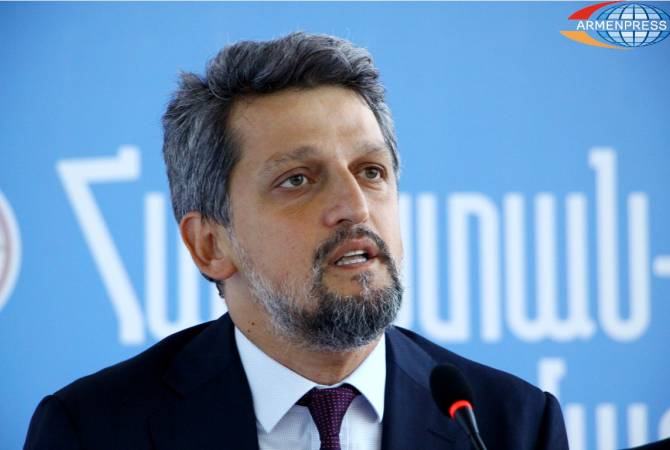 
YEREVAN, APRIL 24, ARMENPRESS. The Turkish ruling AK party plans to launch a legal process against Member of Parliament of Turkey, the ethnic Armenian Garo Paylan, for submitting a bill on recognizing the Armenian Genocide.

AK spokesperson Omer Celik said Paylan made a “politically immoral” move and demanded the MP to apologize from the Turkish people. “We will launch the required legal process over this matter,” Celik added.