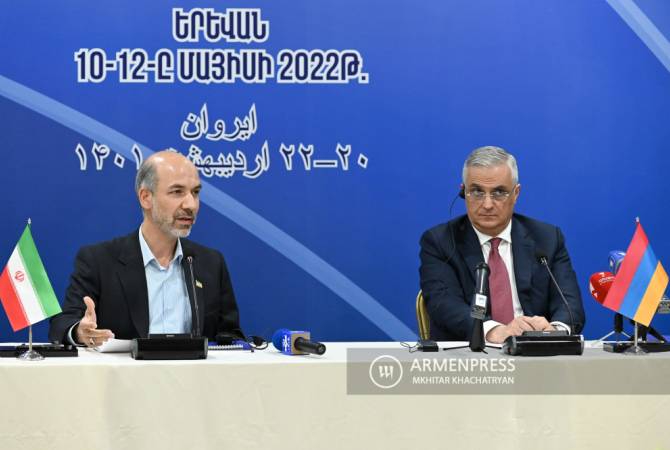 
YEREVAN, MAY 11, ARMENPRESS. Iran considers unacceptable the construction of dams on the Aras River by Turkey, ARMENPRESS reports the Minister of Energy of Iran Ali Akbar Mehrabian stated told the journalists after the 17th sitting of the Intergovernmental Joint Commission of the Republic of Armenia and the Islamic Republic of Iran.

According to him, the steps taken by Turkey in the construction of dams are not coordinated with the countries of the Aras River basin.

"We raise our complaint that all states in the Aras River basin must work in concert to build dams, as well as use the Aras River water, and that a unilateral individual approach can contain dangers for the Aras River”, the Iranian Minister said.

Mehrabian noted that the Iranian side has expressed its concern to Turkey. "We have had numerous meetings with the relevant Turkish authorities, and they have assured us that they will definitely take the necessary steps to allay the concerns. We believe that all the countries in the Aras River basin should discuss this issue with each other and use that water resource fairly," he added.