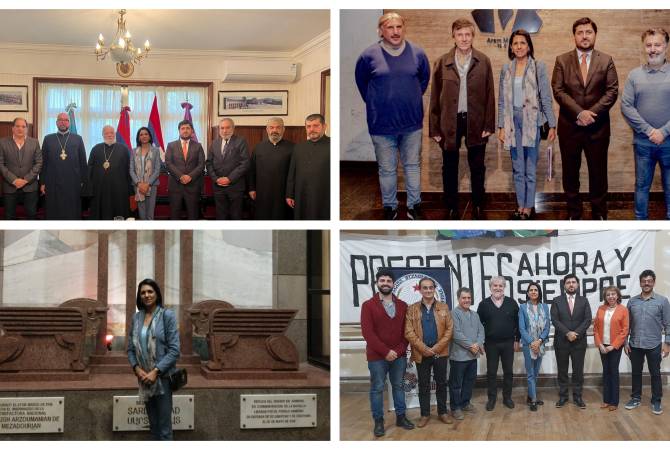 
YEREVAN, MAY 24, ARMENPRES. During her visit to Buenos Aires, Director of ARMENPRESS news agency Narine Nazaryan was hosted by local Armenian community and media organizations, discussed the mission of the media in strengthening ties between the homeland and the Diaspora and the need to intensify coverage of the life of the Armenian communities around the world.

Narine Nazaryan and Ambassador Extraordinary and Plenipotentiary of the Republic of Armenia to Argentina Hovhannes Virabyan first visited the Armenian Cathedral of St. Gregory the Illuminator in Buenos Aires, where the clergy addressed a prayer to God on the occasion of the guest's visit from Armenia. They were then received by Archbishop Gisak Muradyan, Primate of the Diocese of the Armenian Apostolic Church in Argentina and Chile, wishing the Armenian state news agency good luck in its patriotic mission. 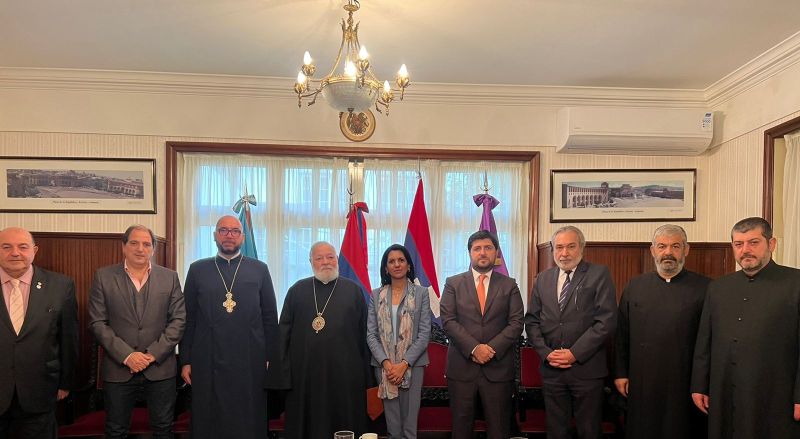 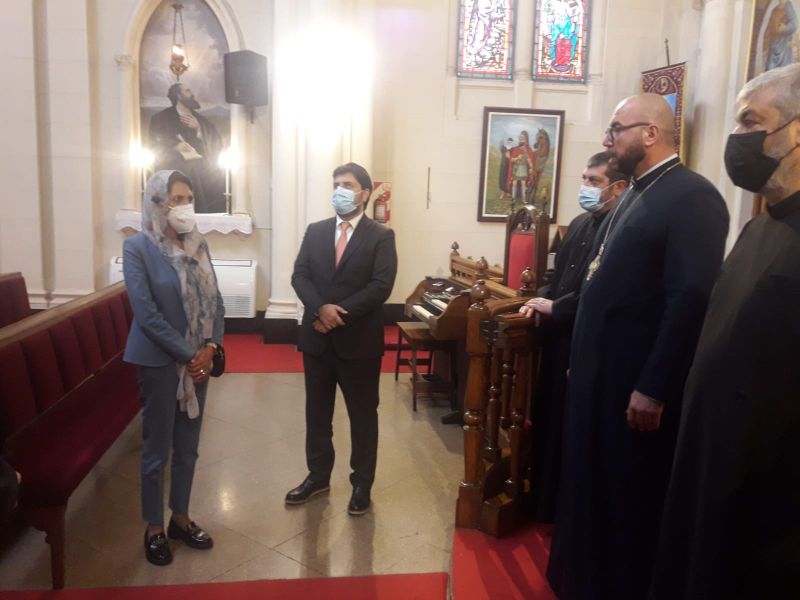 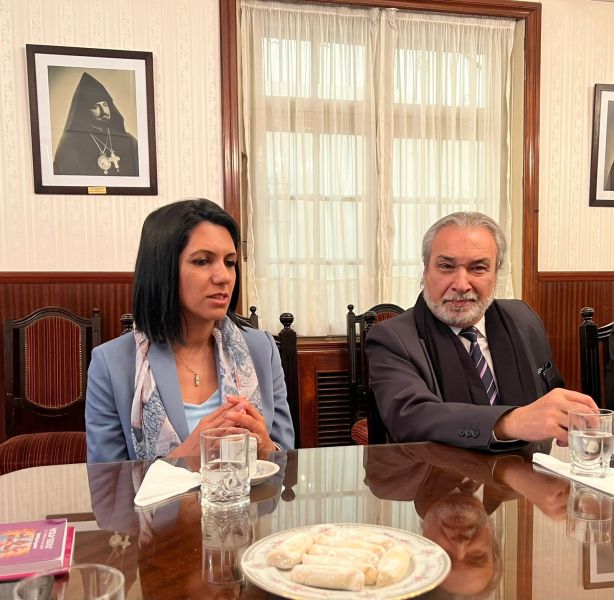 Narine Nazaryan presented the agency's work in recent years, both in terms of content diversification, the use of wider dissemination tools, the introduction of new languages, coverage of community structures and coverage of events in the Armenian communities around the world. The participants highly appreciated the role of ARMENPRESS in spreading balanced, comprehensive, operative and objective information from the homeland, considering the cooperation agreement signed with the Argentine national news agency Télam and the opening of the Spanish section in ARMENPRESS newsfeed as a serious step for making the agency's reliable information available for the quite major Spanish speaking community.

Afterwards, Narine Nazaryan was hosted at the Armenian Cultural Union, where she met with  Pablo Kendikian, Director of Diario ARMENIA, and community leaders Alejandro Chahpazian and Pablo Sismanian. During the meeting, the problems faced by the Armenian media in the Diaspora and the need for a solution and closer cooperation were discussed. 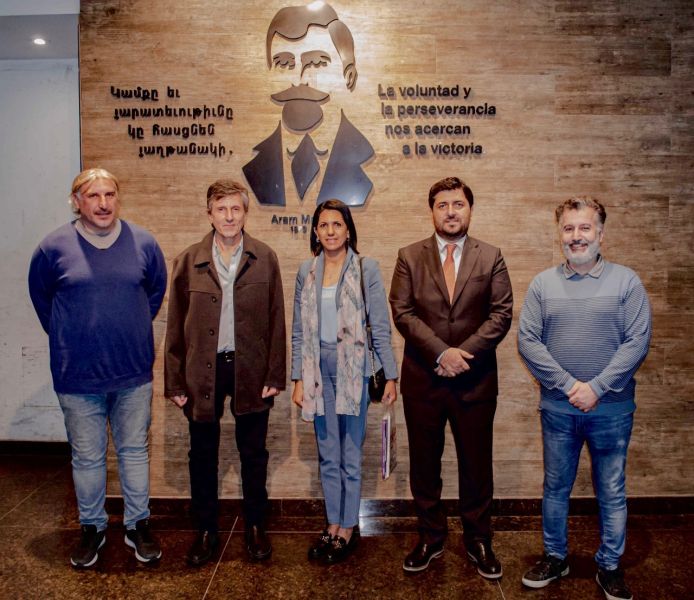 The director of ARMENPRESS congratulated Diario ARMENIA on the occasion of the 91st anniversary of its foundation, emphasizing the role of the media in spreading news from the Spanish-speaking Armenian Diaspora. ARMENPRESS also publishes the news of Diario ARMENIA on issues related to the Armenian people. 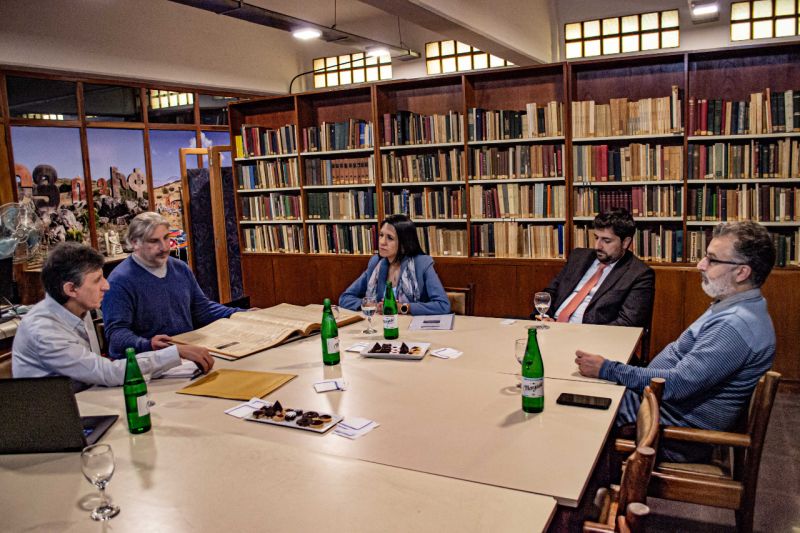 Narine Nazaryan also visited the Tekeyan Cultural Union to meet with the editorial staff of the Sardarapat weekly. Director Sergio Nahabetian welcomed the director of AMENPRESS and congratulated her on the signing of the cooperation agreement with Télam. The sides highlighted such visits for mutual recognition, exchange of information, strengthening of ties with the Homeland. 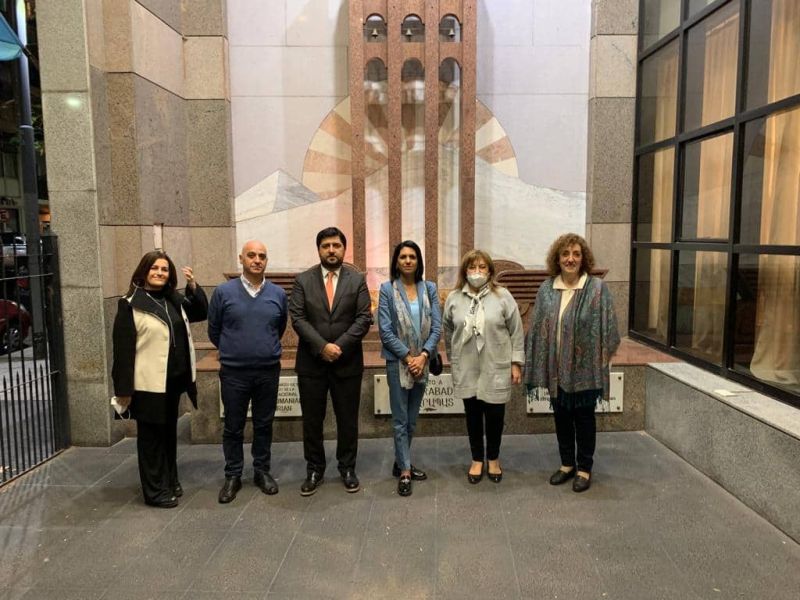 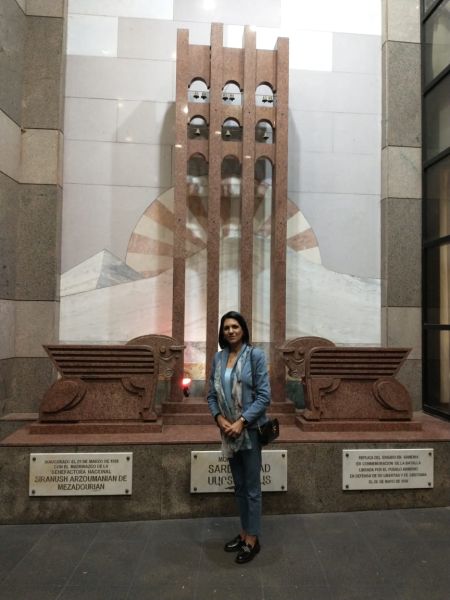 The visit to Nor Sevan was also fruitful in terms of outlining further opportunities for cooperation.

During the discussions with the director of the media Emiliano Lomlomdjian, editors Adrián Lomlomdjian, Adriana Cámara Kasbarian and Carlos Agaya, and other representatives, the issue of the media spreading its own content through various modern technological tools and using social networking opportunities was highlighted.