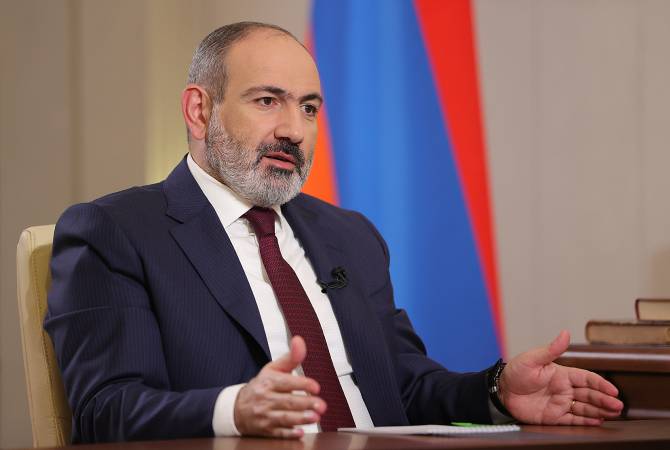 
YEREVAN, JUNE 27, ARMENPRESS. The representatives of Armenia and Azerbaijan have discussed several times and stated that the perceptions on the peace treaty have yet to be harmonized, at what pace, on what platform and what kind of provisions the peace treaty should include in general, ARMENPRESS reports Pashinyan said in a live broadcast on Facebook, answering the questions if there is any progress in the preparation works of the peace treaty between Armenia and Azerbaijan, and when the talks will start, when the treaty will be signed.

The Prime Minister assesses the statements made by Azerbaijan strange, where an attempt is made to show that Armenia is allegedly delaying the negotiations on the peace treaty.

"In order not to go into details, I must say that after these statements, as they are strange in nature, the Armenian Foreign Ministry sent an offer to the Azerbaijani Foreign Ministry to hold a meeting of foreign ministers to try to reach an agreement on the further process.

By the way, I must say that as a result of the previous discussions, it was decided that Armenian and Azerbaijani officials should be in touch with each other and should have contacts in order to be able to organize further work, but Azerbaijan (we already have at least one case) has boycotted and has not involved in the work, despite the agreements, and there is no response to the proposal of the Foreign Ministry," said the Prime Minister.

Nikol Pashinyan noted that there were preliminary discussions on the process of preparation for the Armenian-Azerbaijani peace talks, but after that there are no concrete ideas or text.

"An agreement has been reached to continue the work. By the way, a meeting was scheduled for today at the level of the Secretary of the Security Council of Armenia and Advisor to the President of Azerbaijan, but the Azerbaijani side has not responded yet and has refused to participate. Meanwhile, there is no other document on the table except what has been published," said the Prime Minister.