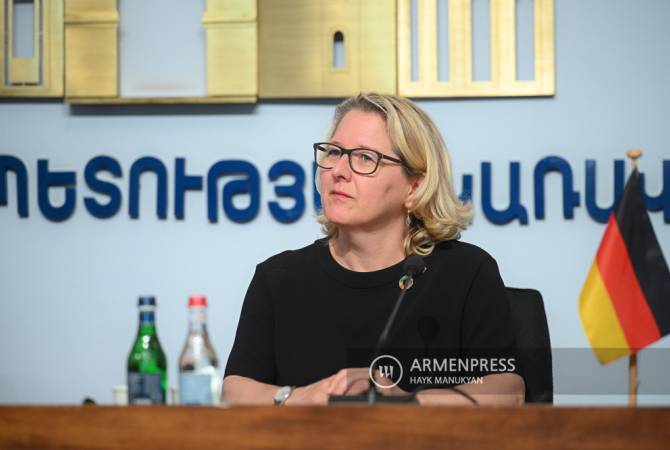 
YEREVAN, JULY 1, ARMENPRESS. German Federal Minister of Economic Cooperation and Development Svenja Schulze considers German investments in Armenia as possible if a number of legal prerequisites are met, many of which the government of Armenia is committed to today. Germany intends and will be happy to assist in creating these prerequisites, Schulze said in a joint press conference with Minister of Economy of Armenia Vahan Kerobyan, answering the question of ARMENPRESS about what investment opportunities she sees in Armenia for German businessman and if Armenia has a favorable environment for German investments.

The German Minister considered the presence of high-quality specialists to be a very important prerequisite. "Secondly, the legal prerequisites to which the Armenian government is committed to today, the fight against corruption, reforms of the justice system, stable democracy, are the guarantees under which German investments are possible. The German side intends and will be happy to support the Armenian government to create these prerequisites," said Schulze.

The German official is in Armenia on a two-day visit. As part of the visit, on July 1, she had a meeting with Prime Minister of Armenia Nikol Pashinyan, Minister of Economy Vahan Kerobyan.