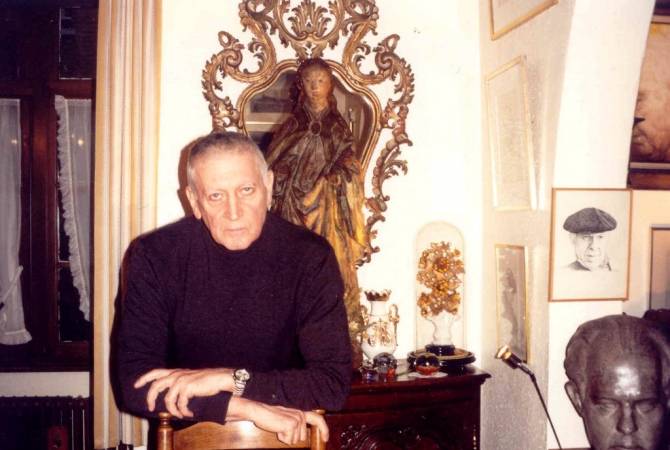 
YEREVAN, OCTOBER 12, ARMENPRESS. Recently the conference of Diaspora writers was held in Yerevan and Tsakhkadzor, with the participation of writers, translators, literature critics from various countries.

ARMENPRESS had an interview with writer, translator, literary critic Alexander Topchyan about the significance of the conference and other issues.

“I am participating in these events ever since the first conference. This might sound immodest but it was also my initiative to organize conferences relating to writers who write in Armenian and foreign languages. We have talked a lot about this with the former president of the Writers’ Union of Armenia Levon Ananyan and we concluded that they [the conferences] have not only cultural, but also political significance. The conferences give birth to new ideas, and make the works of writers from Armenia and the Diaspora recognizable. Issues relating to the preservation of the Armenian identity are also discussed”, he said.

He added that there are many writers in the Diaspora who write in different languages and have achieved successes, received awards, and they can present the Armenian Cause, and become Armenia’s Ambassador’s in foreign countries.  “It isn’t necessary at all for these writers to write about the Armenian Genocide. They can create favorable atmosphere around Armenians in their good books”, he said.

Speaking on the successes of the conferences, Topchyan said that after the events the works of the writers began to be translated and published even more in America, Belgium, France, Germany and other countries. And these writers use their contacts and opportunities in favor of Armenia.