‘I am distancing myself from politics’ – Kanye West 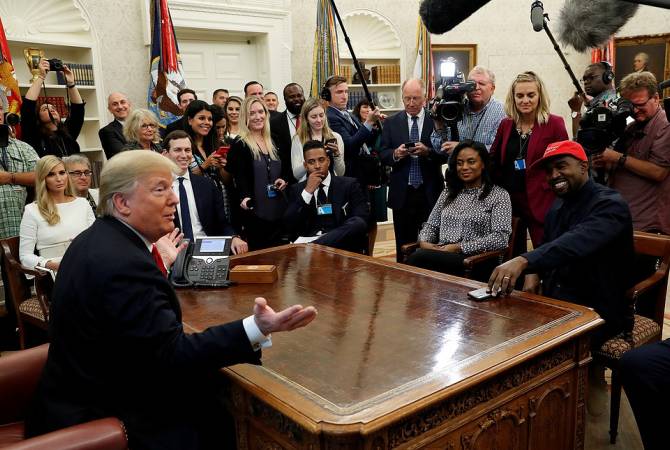 
YEREVAN, OCTOBER 31, ARMENPRESS. American rapper, singer and producer Kanye West, who was supporting US President Donald Trump, announced that he has been used to spread messages he doesn’t believe in, TASS reports.

“My eyes are now wide open and now realize I’ve been used to spread messages I don’t believe in. I am distancing myself from politics and completely focusing on being creative!!!” Kante tweeted.

The rapper also denied the accusations that he designed the shirts for Candace Owens' Blexit campaign, which calls on to stop supporting the Democratic party.

Earlier West visited the White House where he met with President Trump.