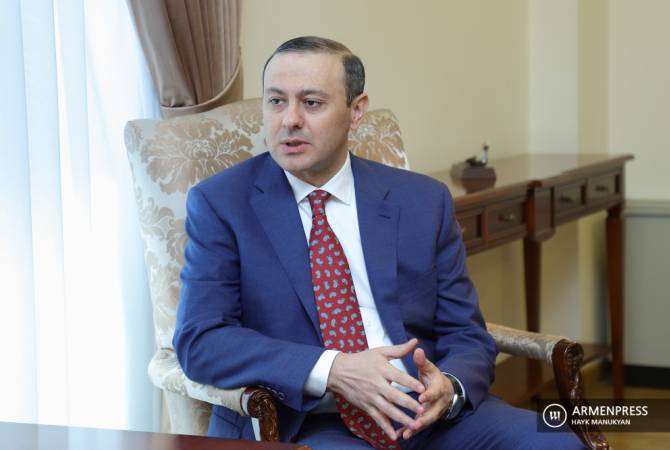 
YEREVAN, OCTOBER 14, ARMENPRESS. The government of Armenia is working intensely to resolve the issues related to the Armenia-Iran road communication, Secretary of the Security Council of Armenia Armen Grigoryan told Tasnim News Agency in an interview.

Grigoryan said the Armenian government seeks to complete the alternative road by yearend.

“We can say that this is generally a short-term issue. But there is another, more important project. In late September the Armenian government approved the North-South’s Sisian-Iranian border road project. This project is worth more than 1 billion dollars and will entirely change the region’s infrastructures. By implementing this program we also have in mind the idea of becoming a key infrastructure hub linking the Chabahar Port with the Black Sea. From this perspective we can say that this project will give great opportunity to increase trade turnover between Armenia and Iran,” Grigoryan said.

21:03, 11.23.2021
Viewed 1359 times Pashinyan speaks about chances for a new war and the direct contact between Defense Ministers of Armenia, Azerbaijan