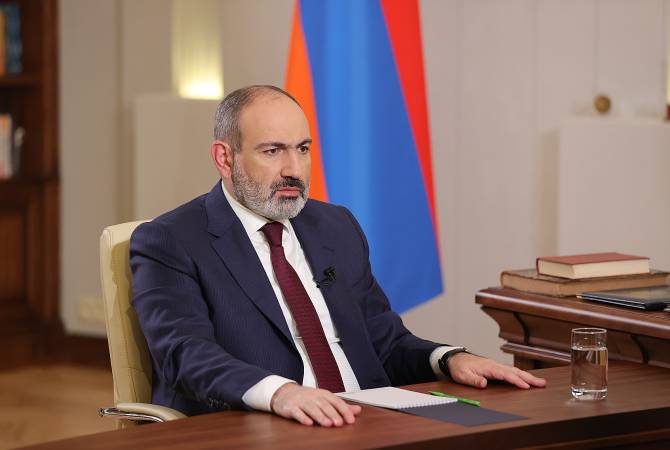 
YEREVAN, JUNE 27, ARMENPRESS. Armenia is interested in advancing the processes of demarcation and delimitation of the Armenian-Azerbaijani border and unblocking of transport communications, ARMENPRESS reports Pashinyan said in a live broadcast on Facebook, answering the questions about the border delimitation process.

“In the recent period, the representatives of Azerbaijan are trying to create the impression that the Republic of Armenia is trying to delay also the work of the Commission on Border Delimitation and Security. Meanwhile, it should be noted that at the previous meeting, which took place on the Armenia-Azerbaijan border, a joint decision was made that the next meeting will take place in Moscow at least a month later, because the parties had stated that there is some work to be done based on the results of the discussions which would not be possible to do sooner than a month. Moreover, this was a joint proposal and a joint decision. But when we read the texts and headlines of Azerbaijan's statements, one may get the impression that Armenia avoids participating in that work. While the reality is totally different. I must state that in the past, in May, the Republic of Armenia has twice expressed readiness. There was even a preliminary agreement to start the sitting of the Joint Commission on Border Delimitation and Security, but they were postponed or delayed by the Azerbaijani side”, Pashinyan said.

According to the Prime Minister, with these steps Azerbaijan is trying to gain legitimacy for a new war against Armenia and Artsakh.

“The same is for the opening of the roads. Azerbaijan is constantly trying to create the impression that Armenia does not want to open communications in the region and implement the provisions of trilateral statements. But the reality is the opposite. And there is a key reality that in the last 30 years Azerbaijan and even more Azerbaijan has pursued a policy of blockading Armenia, in fact, Azerbaijan is the one that delays the process. Why? Because they thought that the policy of blockading Armenia was effective or at least there is no sense in making decisions now that would allow Armenia to overcome the blockade”, the Prime Minister said, adding that as a result of the opening of transport communications, Armenia will get a railway connection with the Islamic Republic of Iran, Russia, Syunik region will get a railway connection with the northern parts of Armenia, etc.

The Prime Minister stressed that Armenia is interested in advancing the process, but Azerbaijan is trying to do so that Armenia remains in the blockade, which does not correspond to the November 9, 2020 declaration.